Tools you need to become a politically
active and involved advisor.

Become an informal advisor to your
representatives on industry matters.

Support candidates for state and
federal office who understand the
value advisors and agents play in
securing America's financial future.

Get the latest industry news.

Advisor Today has the largest circulation among
insurance and financial planning advising magazines. 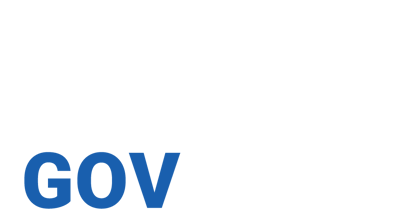 After enacting into law an $8.3 billion public health emergency funding measure, lawmakers and the President shifted their focus on how to help reeling industries, small businesses, and workers impacted by the spreading disease.

On March 13, the House passed 363 to 40 the “Families First Coronavirus Response Act” that contains paid sick leave provisions. There are three important elements to these provisions:

Prospects: The Senate is planning to vote on the measure this week. As of Friday, the bill was widely expected to pass, and President Trump was urging lawmakers to vote for it. However, opposition to the structure of the paid sick leave rule could slow the process.

Tax writers in the House, Senate, and Administration are mulling what is sometimes being called an “airlines tax bill” as a way to help businesses struggling in the midst of the coronavirus crisis. While any such bill will likely focus on specific industries, there is potential for provisions that could impact NAIFA members and/or their clients. Particularly worrisome is a nonqualified deferred compensation (NQDC) proposal.

So far, there has been little discussion of the potential cost of such a tax bill, and no discussion about offsetting those costs. However, some proposals come with very high price tags (e.g., a proposal to give each U.S. adult citizen a $1,000 check, with a $500 check for each child, at a one-year cost of an estimated $350 billion). Discussion of offsets is inevitable, even if Congress ultimately chooses simply to add the cost to the already-burgeoning federal deficit/debt.

One potential offset could be a proposal to accelerate tax liability on nonqualified deferred compensation (NQDC). Sen. Bernie Sanders (I-VT)—one of two front-running candidates for the Democratic nomination for President—last month released a proposal to tax NQDC at the time it vests rather than when it is actually paid. His proposal, while broader, is very similar to an NQDC proposal offered by the GOP when it was fashioning the legislation that became the Tax Cuts and Jobs Act (TCJA), the tax reform law enacted in 2017. The Sanders proposal was introduced as S.3341 on February 27. It was co-sponsored by Sens. Chris Van Hollen (D-MD) and Kirsten Gillibrand (D-NY).

Prospects: The Sanders NQDC proposal is getting a close look by lawmakers and their technical staffs, and it could find its way—likely modified and narrowed—into the “airlines tax bill” mix. But, while it has sparked interest among both Senate and House tax writers from both parties, it was widely viewed as a non-starter issue for 2020—until the coronavirus crisis triggered wide-ranging Congressional reactions. Most tax writes believe the proposal is overbroad—they are concerned about its impact on middle-management (thanks to the effective lobbying by NAIFA against the similar proposal during the run-up to the TCJA). However, with a history of at least some support by Republicans, this proposal puts some NAIFA interests at risk, at least until and unless Congress decides not to write a tax bill in response to the coronavirus threat, or decides to write such a bill, but not to offset it.

There are three specific areas of focus, as this second-generation retirement savings bill develops. They include:

Technical staff for both the tax-writing and pension law writing committees, in both the House and Senate, are currently meeting with stakeholders and negotiating among themselves in an effort to move second-generation retirement savings legislation later this year. The target date for a bill is “before August recess,” although that target date could definitely slip.

Prospects: This is a bipartisan effort—but it is one without any “real” deadlines, so as election- year politics continue to heat up (and if lawmakers remain focused on legislation to respond to the coronavirus crisis), the effort could falter.

Resolution of the surprise billing issue remains a Congressional/Administration priority. Here is a comparison of the three major proposals currently being negotiated by lawmakers seeking to craft a consensus proposal that can be enacted into law by late May.

The three leading proposals are:

All three measures are bipartisan. All have considerable similarities—including one big one: all of them would shield patients (individuals) from “surprise bills” (i.e., out-of-network (usually much higher) charges for ancillary treatments during surgery or emergency medical care). All three proposals would cap bills to patients at in-network amounts.

Also, alike in the three bills is the use of an “independent dispute resolution” (IDR) mechanism to determine how much payers (insurers, self-insured plans) pay out-of-network providers. The details of how those IDRs are set up differ, with the key difference being whether and when a “benchmark rate” would be used.

Generally, payers (insurers and employers) prefer the E&L and/or HELP/E&C approaches, which include as a starting point use of a benchmark rate (based on the average or median cost of the services in question in similar geographic areas). These bills would allow IDR for disputes in excess of $750, and in cases that do go to an IDR, the IDR would be required to consider the average rates in that geographical area.

The Ways & Means bill requires IDRs to consider average rates in the area (but may not use “usual and customary” rates) for all disputes—there is no threshold below which the benchmark rate would apply. This is the approach supported by payers. Medical care providers, however, want an IDR mechanism that does not include a benchmark rate. They say benchmark rates are tantamount to price controls and would significantly undercut patients’ access to the (usually) specialized care that is usually the subject of surprise bills.

All three bills save both the government and insureds money—the Congressional Budget Office estimates that the W&M bill would reduce insurance premiums by between 0.5 percent and one percent per year and would lower the federal deficit by $17.8 billion between 2021 and 2030. The other two bills could save as much as $24 billion over ten years, Congressional staffers say. The savings are targeted to be used to fund expiring community care programs, something which needs to be done by May 22. Thus, May 22 is viewed as a kind of deadline for completing work on the surprise billing legislation.

Prospects: There is a good chance that some kind of surprise billing legislation—that includes an IDR component and a ban on balance billing to patients—will be enacted this year, possibly by May. However, the coronavirus crisis and its impact on Congressional priorities (and Congress’ operation itself) could cause a delay. NAIFA will keep you posted on progress on this issue.

On February 25, an official from the Department of Health and Human Services (HHS) Center for Consumer Information and Insurance Oversight (CCIIO) told a group of health insurance advisors that commissions for selling Affordable Care Act (ACA) health insurance are on the rise.

Prospects: The courts are currently considering whether the ACA is constitutional after Congress zeroed out the penalties the ACA imposed on individuals for failure to carry qualified health insurance. And the Trump Administration is on record in favor of eliminating the ACA (although not all its provisions—e.g., the ban on the use of preexisting conditions and the rule that allows parents to ensure their adult children up to age 26) and replacing it with what they say would be a better more patient and market-centered approach. However, while Obamacare remains in place, it is a positive development for health insurance advisors that the Administration recognizes the value they add to the process of purchasing health insurance through an Obamacare exchange. NAIFA has been working with the Administration to achieve this result.

On March 11, the Securities and Exchange Commission (SEC) officially adopted its long-awaited rule that will create a summary prospectus for variable annuity and variable life insurance contracts. The new rule, which was proposed by the commission over a year ago, would make disclosures on these products easier to understand by simplifying and streamlining prospectuses. This is good news for investors in these products, as the simpler prospectus formats may lead to better consumers' understanding of these products and the benefits they provide.

The new rule permits the Securities Act’s prospectus delivery obligations for variable products to be satisfied, providing a summary prospectus to investors and making the statutory prospectus available online. The new summary prospectus framework leverages both technology and a layered disclosure approach to improve the ability of investors to understand and evaluate variable contracts.

New Option to Use a Summary Prospectus for Variable Contracts

New rule 498A under the Securities Act permits the use of two distinct types of contract summary prospectuses:

Availability of Variable Contract Statutory Prospectus and Other Materials

The amendments to Forms N-3, N-4, and N-6—the registration forms for variable contracts— are designed to update and enhance the disclosure regime for those investment products. These amendments are intended to improve the content, format, and presentation of information to investors, including by updating the required disclosures to reflect industry developments (e.g., the prevalence of optional insurance benefits in today's variable contracts). In addition, the Commission adopted amendments to require the use of the Inline eXtensible Business Reporting Language (Inline XBRL) format for the submission of certain required disclosures in the variable contract statutory prospectus.

The issuers of some variable contracts that are discontinued by July 1, 2020, will not have to update the variable contracts' registration statements or provide updated prospectuses to existing investors. The Commission is taking the position that this would not provide a basis for enforcement action under specified conditions, including that investors are provided with certain alternative disclosures, as described in the adopting release. In taking this position, certain staff no-action letters relating to discontinued contracts providing alternative disclosures will be withdrawn.

Finally, the Commission adopted certain technical and conforming amendments to its rules that reflect the new framework for variable contract summary prospectuses. The Commission also adopted other amendments and the rescission of certain rules and forms that were rendered moot by legislative actions or are otherwise no longer necessary.

The new rule and related rule and form amendments will become effective on July 1, 2020

NAIFA and our members have not escaped the disruption to daily life and business the COVID-19 outbreak has caused across the United States and the world. NAIFA’s top concern is protecting the health and safety of our members and staff as well as the American public.

While NAIFA continues to monitor and adjust to the pandemic environment, several actions have been implemented:

NAIFA will remain nimble in this rapidly changing environment and will keep you abreast of changes. Please watch your email or visit www.naifa.org for notifications and, of course, contact NAIFA directly if you have any questions. Wash your hands and stay healthy.