NAIFA's Gandy at the NAIC: Diversity Is Needed to Offer Financial Security for All 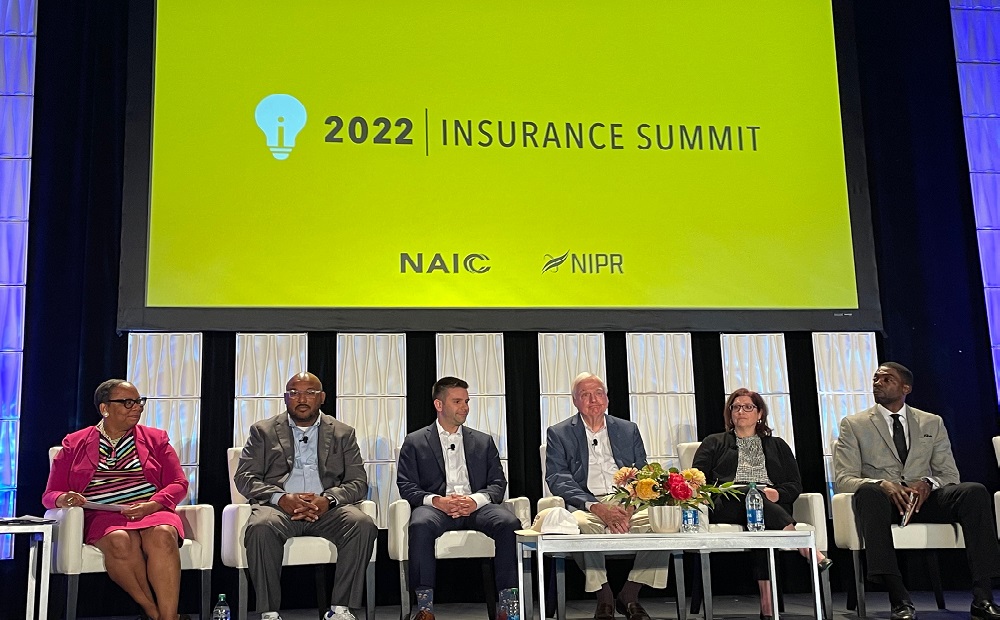 NAIFA Trustee Christopher Gandy, LACP, loyal member since 2003 and Founder of Midwest Legacy Group, said during a “Diversity, Equity, and Inclusion in Producer Licensing,” panel discussion at the National Association of Insurance Commissioners (NAIC) 2022 Insurance Summit that he faced many challenges as an African American breaking into the insurance and financial services industry.

NAIFA's Gandy Contributes to NAIC Discussion on DEI and Licensing 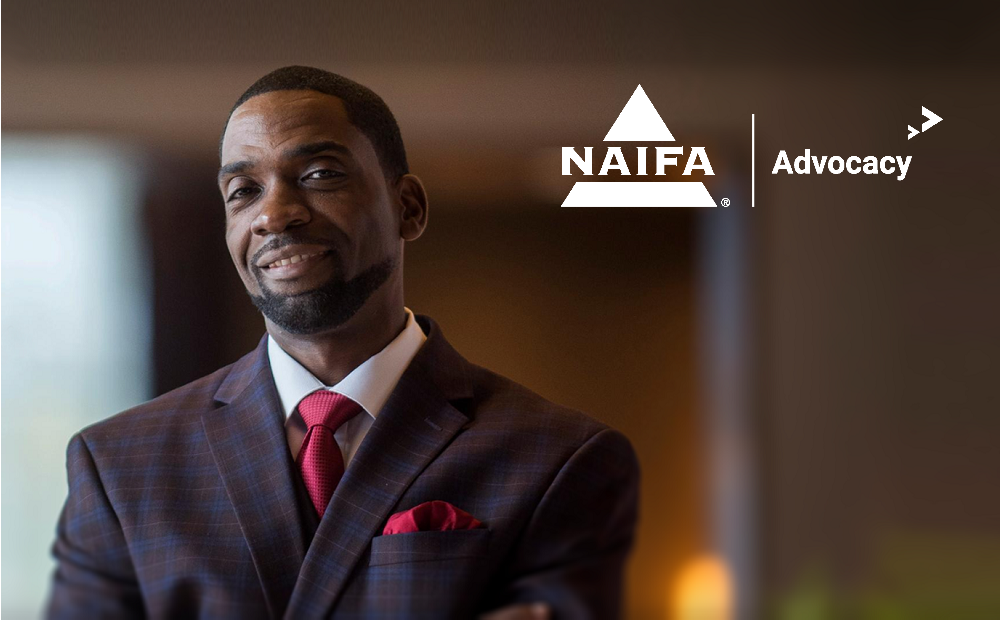 NAIFA Trustee Christopher Gandy, LACP, loyal member since 2003 and Founder of Midwest Legacy Group, is participating in a panel discussion at the National Association of Insurance Commissioners (NAIC) 2022 Insurance Summit. The session, “Diversity, Equity, and Inclusion in Producer Licensing,” is exploring how regulators and the insurance industry are addressing DEI issues in the distribution of insurance through pre-licensing and licensing exam procedures. 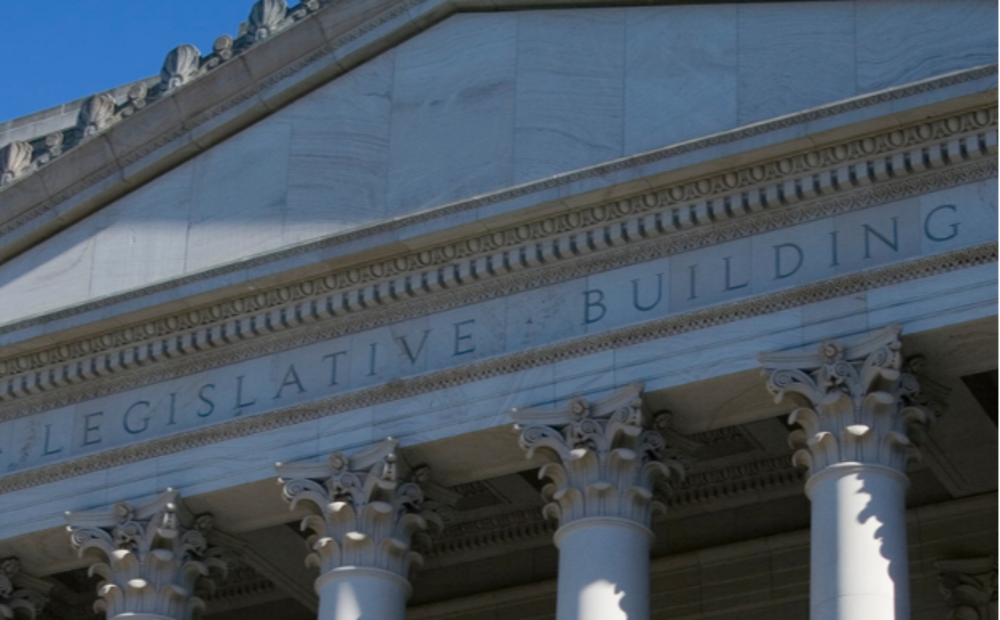 The National Council of Insurance Legislators (NCOIL) unanimously approved a "Resolution Supporting Independent Contractor Status for Insurance Agents and Other Licensed Financial Professionals" at its Spring Meeting in Las Vegas. The resolution, sponsored by NCOIL President and California Assemblyman Ken Cooley states that "NCOIL will encourage states and federal entities that are debating worker classification policies and that are considering adopting a strict ABC Test and or other similarly worker classification laws to continue issuing exemptions for, or exempting out, licensed insurance agents and other financial professionals."

Dean L. Cameron, Director of the Idaho Department of Insurance, is the 2022 President of the National Association of Insurance Commissioners (NAIC). Cameron is a third-generation insurance professional with more than 32 years of experience. Prior to entering state politics, he was a NAIFA member who served two terms as the President of NAIFA’s Idaho chapter.

NIPR: 25 Years of a Groundbreaking Partnership Between the Regulatory and Insurance Communities 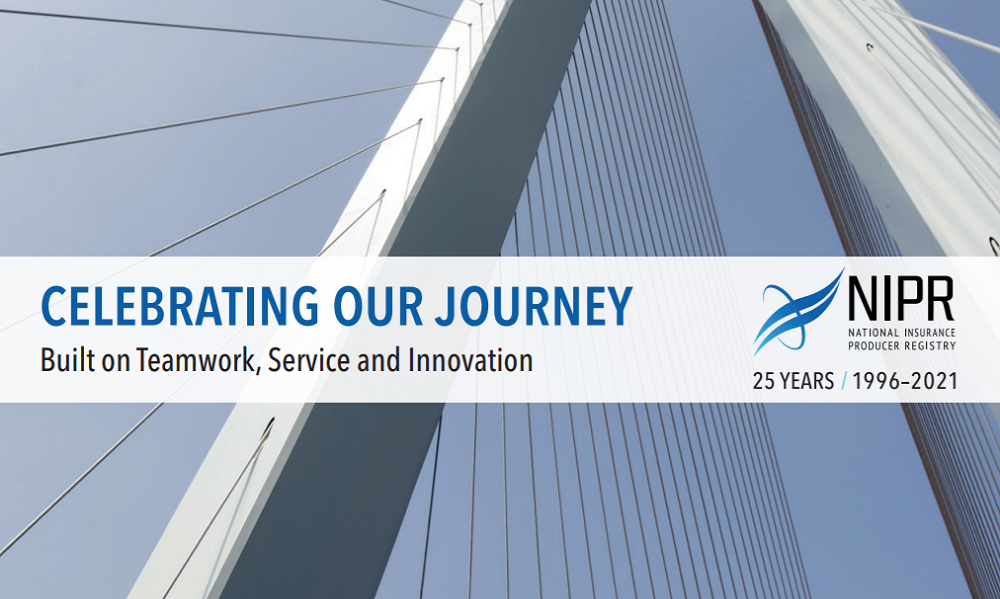 Innovation in insurance producer licensing in the U.S. has accelerated in the last few decades, and the National Insurance Producer Registry (NIPR) has led the way.

It’s hard to imagine that insurance producer licensing was once accomplished with paper applications and a long process of research and validation. Multi-state producers had distinct application processes, timelines, and fees for each state in which they did business.

To improve this approach, NIPR was formed in 1996 as a unique public-private partnership between the National Association of Insurance Commissioners (NAIC) and the insurance industry. NIPR was founded on the concept that insurance producers and compliance professionals should have access to a “one-stop-shop” for cost-effective, streamlined and uniform licensing across all states and jurisdictions.

Today, NIPR’s Producer Database (PDB) is the single source of comprehensive insurance producer data from all fifty states, the District of Columbia, Guam, Puerto Rico, and the United States Virgin Islands. In 2021, the insurance industry used NIPR to process more than 42 million credentialing transactions and move $1.1 billion in fees to state insurance departments.

NIPR’s business is led by a board of directors made up of state commissioners, insurance industry representatives, and NAIC executive leadership—an ideal mix of professionals for coordinated and effective solutions.

Karen Stakem Hornig, CEO of NIPR said, “Through the past 25 years, NIPR has adapted to meet evolving industry and producer needs, harnessed the power of emerging technology and responded purposefully to change. These efforts have allowed us to humanize our technological offerings, ultimately building trust and a collaborative culture, which has been key to our success.”

Producers can access their own license information, apply for and renew their licenses at NIPR.com and use NIPR’s free mobile app to help with the compliance process. Insurance agencies and carriers use NIPR to manage the licensing and appointment process. Growing from a concept to a high-functioning organization emphasizing teamwork, service, and innovation, NIPR has supported the industry in its efforts to become more and more efficient and effective.

About NIPR: NIPR is a not-for-profit technology company with the goal of streamlining the producer licensing process. Governed by a board of directors representing state insurance regulators and members of the insurance industry, NIPR is an affiliate of the National Association of Insurance Commissioners (NAIC). To learn more, visit NIPR.com.

NAIFA Policy Director Maeghan Gale and Director of Government Relations Michael Hedge made a presentation on senior financial protection at the annual meeting of the National Council of Insurance Legislators (NCOIL) in Scottsdale, AZ. 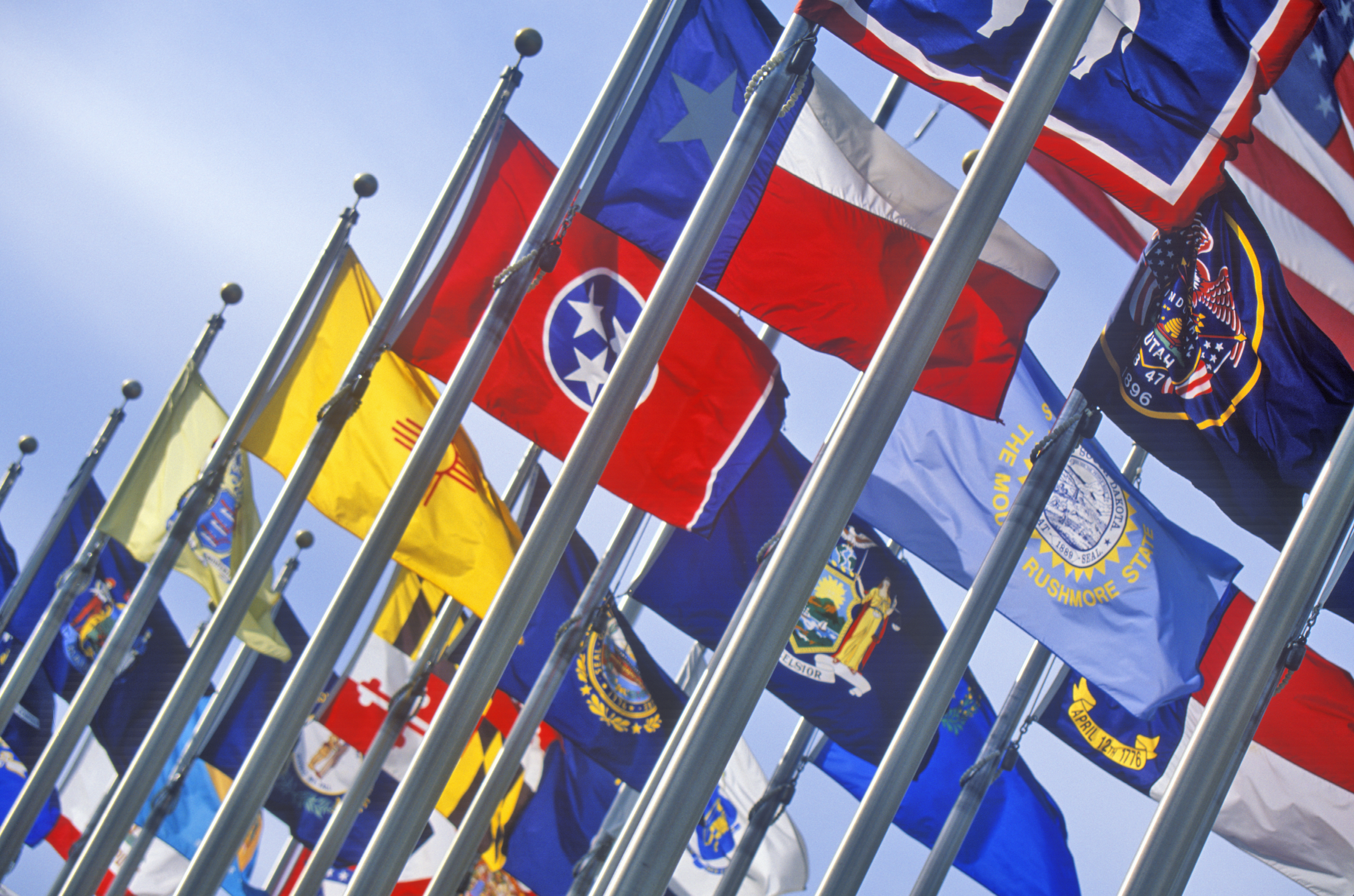 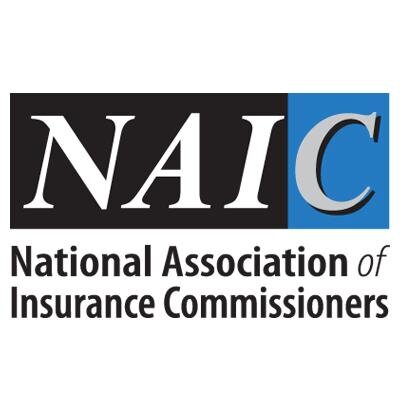 The NAIC Life and Annuities (A) Committee recently adopted the frequently asked questions (FAQs) regarding the best interest model adopted by the Committee in February of 2020.  As most NAIFA members by now already know, the updated model clarifies that all recommendations by agents and insurers must be in the best interest of the consumer and that agents and carriers may not place their financial interest ahead of the consumers’ interest in making a recommendation. In addition, the model now requires agents and carriers to act with “reasonable diligence, care and skill” in making recommendations. 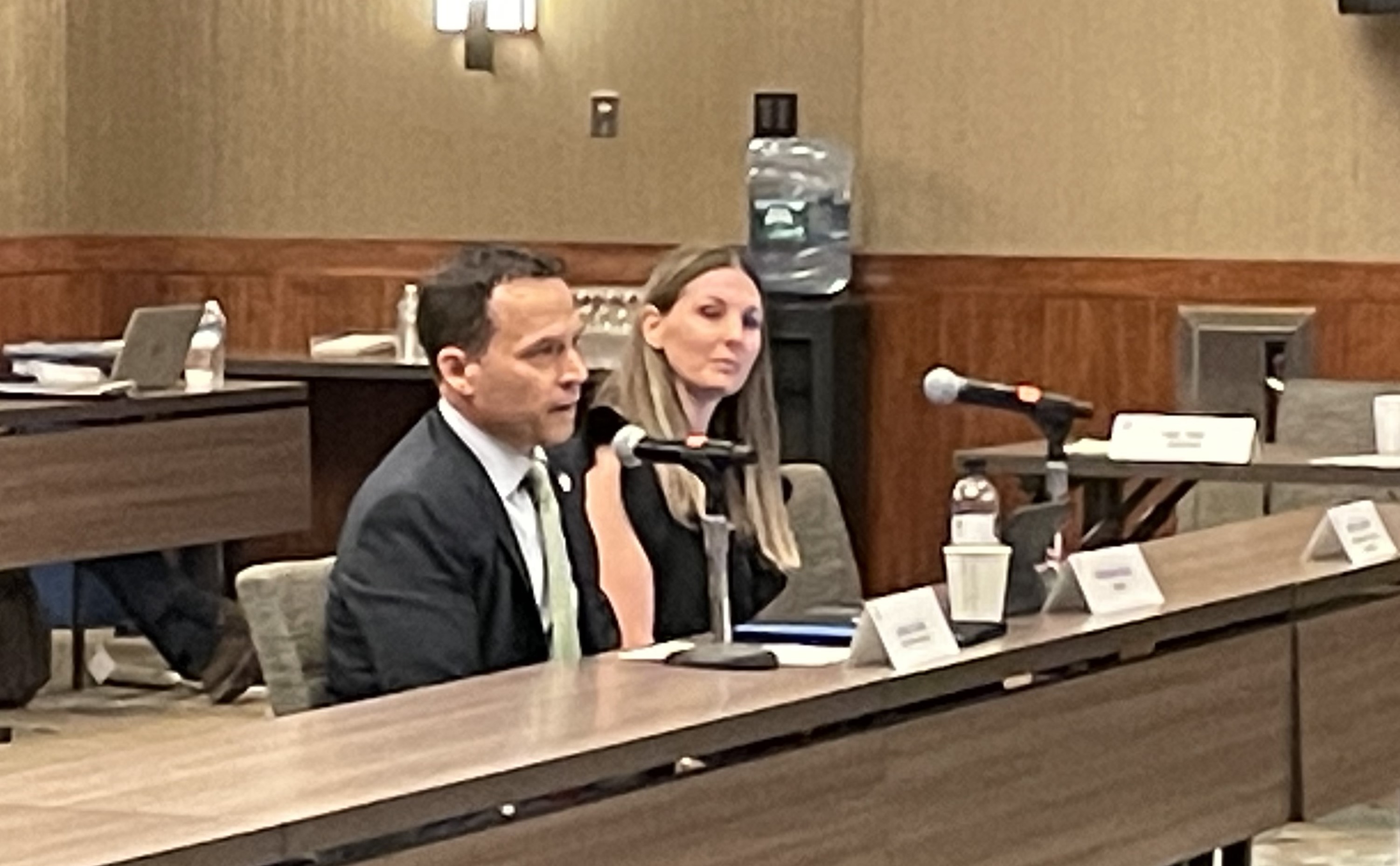 NAIFA is an active participant in interstate advocacy efforts, including working with groups like the National Council of Insurance Legislators (NCOIL) to create policies and model regulations that protect the interests of consumers and preserve the ability of producers to provide products, services, and advice that help Main Street Americans achieve financial security.

Gale Representing NAIFA on NIPR Board of Directors 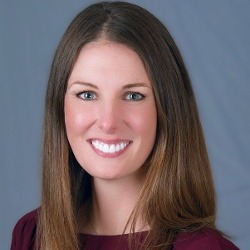 NAIFA Policy Director Maeghan Gale will represent insurance and financial advisors and NAIFA on the Board of Directors of the National Insurance Producer Registry (NIPR).

NIPR is a not-for-profit technology company with the goal of streamlining the producer licensing process. Governed by a Board of Directors representing state insurance regulators and members of the insurance industry, NIPR is an affiliate of the National Association of Insurance Commissioners (NAIC). Gale joins the board immediately.