NAIFA is proud to announce that Robert A. Miller, M.S., M.A., Partner at Miller-Pomerantz Insurance and Financial Services in New York City, is the recipient of NAIFA’s Terry Headley Lifetime Defender Award.

He is recognized, along with award namesake Terry K. Headley, LUTCF, LIC, FSS, as an IFAPAC Co-Commander-in-Chief based on his lifetime contributions to NAIFA’s political action committee. He regularly attends NAIFA’s Congressional Conference and other advocacy events, representing the interests of his industry colleagues and consumers with elected and appointed officials. As association President, he led NAIFA’s efforts to oppose an overly restrictive Department of Labor fiduciary rule for financial professionals and to educate the Securities and Exchange Commission as it shaped regulation requiring advisors to act in clients’ best interests. He is a recipient of the NAIFA-NY Ben Brewster Government Relations Award.

“Robert Miller is an exemplary advocate on behalf of NAIFA, the insurance and financial services industry, and consumers who rely on NAIFA members for products, services, and advice,” said NAIFA President Lawrence Holzberg, LACP, LUTCF. “He represents the ideal as an advocacy leader and unselfish IFAPAC contributor. Throughout his career, he has amplified NAIFA’s advocacy voice and influenced decision-makers in Washington, D.C., and on the state level in Albany. As NAIFA President, he worked with his good friend, Past President Terry Headley, to strengthen NAIFA and grow our influence in seats of power. I am very pleased to congratulate Robert as the 2022 recipient of the Terry Headley Lifetime Defender Award.”

Miller will receive the award at NAIFA’s National Leadership Conference and Belong event in Washington, D.C., on November 14. The next day, attendees of the event will meet with members of Congress on Capitol Hill to discuss the important work of insurance and financial advisors and the impact of legislation and regulations on their ability to serve Main Street consumers.

The Terry Headley Lifetime Defender Award recognizes a current NAIFA member who shows exemplary service to their profession, colleagues, and clients through their political advocacy and contributions to IFAPAC. NAIFA is the leading advocacy association for producers in the insurance and financial services industry, working for positive legislative and regulatory outcomes at the federal, interstate, and state levels. NAIFAPAC is a leading insurance political action committee with associated PACs in every state supporting selected candidates for legislative office. Participation in advocacy initiatives is one of the ways that association members are “good NAIFA citizens.”

Former NAIFA President Terry Headley, LUTCF, LIC, FSS, has a long, distinguished record of service to NAIFA. He has been recognized as a key NAIFA contact for multiple members of the Nebraska Congressional delegation and state legislators over the years. Headley has served in leadership roles at the local, state, and national levels. He is also an IFAPAC Capitol Defender and Co-Commander-in-Chief. 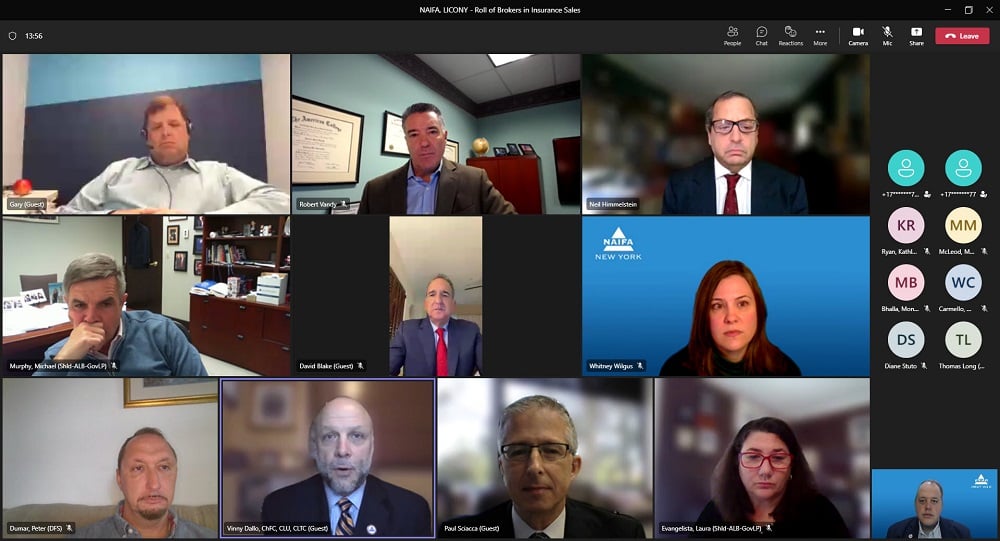