Standard Of Care Issues Move To The Front-Burner (Again) 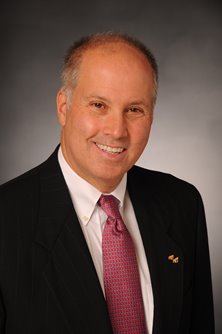 After several years of relative quiet, issues dealing with what standard of care should apply to insurance producers, broker-dealers and their registered representatives have once again become front-burner topics on both the federal and state levels.

As you may remember, the Dodd Frank Act of 2010 authorized (but did not require) the SEC to adopt rules addressing the standard of care applicable to broker-dealers, investment advisers and their representatives. Other than conducting a lengthy study and requesting public comments on multiple occasions, for many years the SEC took no formal action to advance a standard of care rule. This period of inaction has come to an end. In April 2018, the SEC issued proposed rules which would put in place a new best interest standard of care and new disclosure requirements for broker-dealers and their representatives.

NAIFA submitted a detailed comment letter to the SEC that expressed general support for the goals of the proposed rules, but which also noted several concerns NAIFA has with the proposal. NAIFA has also met with SEC Chairman Clayton and other SEC Commissioners to discuss how “Main Street” advisors work with their clients and to reiterate our primary concern about any standard of care proposal, which is that any rule adopted should not harm the ability of mid-market consumers to have access to products, advice and service.

State-level activity on these issues is also heating up. For the past year and a half, the NAIC has been working to amend its Suitability in Annuity Transactions Model Regulation to incorporate a requirement that annuity recommendations and sales may only be made if the interests of the consumer are placed ahead of the agent’s and insurer’s interests. NAIFA has testified several times before the NAIC on this topic, and we submitted a detailed comment letter in response to draft amendments published by the NAIC. The NAIC’s efforts continue, with a February 15, 2019, deadline for comments on the latest proposal.

Several states are also focused on standard of care issues. Nevada recently amended its existing fiduciary duty law to include broker-dealers and investment advisors under the fiduciary duty, and the Nevada Securities Division is currently working on regulations to implement this law. New York State adopted Reg 187, which not only implements a best interest standard for annuity recommendations and sales but also applies this standard to life insurance. And New Jersey is also moving forward with plans to adopt a fiduciary duty standard for securities recommendations and transactions. Other states have considered laws that would require non-fiduciary advisors to disclose to the client that the advisor is not a fiduciary and is not required to act in the client’s best interest. NAIFA’s state associations have successfully opposed these proposals wherever they have cropped up.

Looking ahead, standard of care issues will continue to be of major interest to legislators and regulators, and NAIFA will continue to look out for the interests of our members and their clients as we engage on these issues. 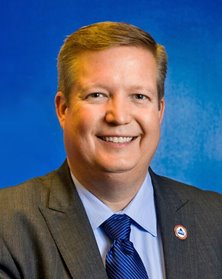 Wishing You A Happy New Year

Financial Planning—Now More Than Ever