The Montana State Legislature is considering a bill that would end the state’s practice of treating all people, regardless of gender, the same by insurance companies when setting rates and product offerings.

NAIFA-MT’s retained counsel, Bill Warden, told senators on the Business, Labor and Economic Affairs Committee during a hearing on Wednesday that NAIFA is very excited to see HB 379 make it “this far” because they have been “waiting a long time for this.”

Montana is the only remaining state to have a unisex insurance law, and NAIFA-MT contends that repealing it would result in lower rates for everyone.

“Prior to Unisex becoming law, we priced auto insurance commensurate with the risk,” said NAIFA member Dan Rust. “If you were married and under age 25, your rates were significantly lower than if you were single. Our actuaries had the statistics that under age 25 and married was a much better risk than single and under age 25. When Unisex passed, the law did not allow for married or male or female to be a factor in pricing for under age 25 on auto insurance.”

Rust was among four other NAIFA members to testify on the bill. Other experts to speak in support of the bill included Troy Downing, Montana’s commissioner of securities and insurance, and lobbyists from Farmers Insurance, the American Property Casualty Insurance Association, and the National Association of Mutual Insurance Companies.

“The saddest situation today is that we have to tell young couples moving to Montana that this law will double the cost of their car insurance due to unisex not allowing the discount they are receiving in all other states,” said Rust.

Attempts to move this bill during previous legislative sessions have been unsuccessful. This bill, however, seems to be moving ahead without opposition and passed out of the committee. 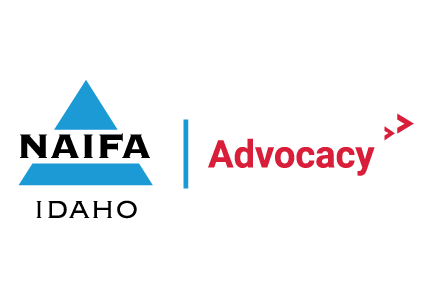